Original Arabic Post was published Jan 18th, 2008: Here
When a ship sinks, people in it are one of three categories;
Category 1: Those who sink and die, weather they tried to swim or not.
Category 2: Those who swim to shore, and live.
All humans, pass between those two moments throughout their lives. When we are depressed, we tend to believe we are weak, we won’t swim, and we will sure sink! Some other times, the fear of failure pushes us into doing our best and swimming really hard.
As for category 3; those who I see the greatest humans ever and those who can actually change history; are the ones who not just swim to the shore, but they actually pull someone with them, someone who is not able to do it for himself!
Every now and then, we go through a moment when we are blindfolded, can’t see any hint of strength in our souls, that we don’t believe we can save ourselves, not to mention save any other person.
But the truth is that we can! Truth is we have to help ourselves, and we also have to help each other. Cause whatever power you have now is no privilege to you!
Humans are closer to forget that any internal power that is inside us is nothing we are to be thanked for. It is what God gives us to be able to go on with life!
Remember when you succeed, that it is so easy to fail!
Remember when you swim, that it takes a moment to sink!
Don’t use your power against those who are weaker than you. It doesn’t mean at all that you are strong!
Each one of us; every week, ever hour, every day; has to pull someone with him. A pull could be a smile, a phone call, a listening ear. A pull could be money. A pull could anything you have, and everything you have.
Just remember that each step you take, you have to pull someone with you.
Just don’t reach the shore alone!
Cause this is being a human,
This is life,
And this is the beauty of humanity!
Posted by Unknown at 5/04/2011 46 comments:

Original Arabic Post: Here
Introduction:
First of all, we need to know exactly what we are talking about. Who is the spinster?
Spinsterhood:
Is an expression that includes both males and females to describe who has reached the age of marriage without being married. Though it includes both, but it’s widely used more with females.
Spinsterhood in Egypt
Spinsterhood spreads widely in Egypt. According to official statistics, over 9 million above the age of 35 are not married, of whom 5.5 are males, and 3.5 are females.
17% of Egyptian women in the age of marriage are not married, and the number is increasing. Ratio vary a little depending on the province. Border governorates have 30% because they are controlled by customs and traditions, while Upper Egypt have 27%. Finally Cairo’s number is 27.8%. The reason for the spread of spinsterhood in Egypt is the higher rates of unemployment, the high costs of dowries, housing, etc and the high literacy rate for females!
OK! Let’s move on from all this, and focus on two things; The marriage age, and the female literacy!
When it comes to age, there might be some kind of twisted logic. In Upper Egypt, a 17 yrs old young woman is expected to get married and the 23 one is a spinster. In Cairo, things are OK till 25, a bit of a worry at 27, panic at 27, and despair at 30!
The apparent reason is that a woman in terms of social life has a very short life spam… the menopause is not only the end of the child bearing period for a woman, it’s the end of her life as a woman. Since she can’t be a mom, so she can’t be a wife, hence a woman, and she should be grateful her husband is not looking for an another wife!!
The real reason is that we still, until today, think of a woman as a reward in the man’s life. We keep on stressing on boys to get good education, degree, to get a job, so that when his family takes him to a family asking for their daughter, they need not to be ashamed!
This is the purpose of everything. A man learns to work to save money to get a legal Halal way to be with a woman! To this world, a woman is a wife and a mother, she’s a sex object, a nursing tool, and a free nanny/housekeeper!
In our society, a spinster is just any and each who is “Single” could be considered a spinster, regardless of her age, because it’s something that depends on the woman herself in her social life and in the community she has been growing up.
The Spinster and her Friends:
-         A spinster is the last person to know about marriage, engagement, pregnancy, new boyfriends, and recent break-ups.
-         A spinster is always the reason for everything bad happening because of her “evil eye”
-         A spinster is a constant source of bad luck!
-         A spinster is never busy or occupied. She doesn’t have a man in her life, which automatically means she almost doesn’t have a life. And so, she should be 24/7 available for her friends upon request, otherwise she is a bad friend!
-         If you’re looking for a “rational” reason for any divorce, miscarriage, hemorrhage, or couples fights, you’re looking for the spinster!
-         A spinster is an e-card in her friends’ lives; She attends weddings, birthdays, children birthdays, funerals, and pays hospital visits. She comes, cries, laughs, dances, and she just a decoration to fill in the social gap called “friends”
The spinster at work:
-         The spinster at work here is the focus of attention, her ultimate goal from working is to get a husband. If she talks to a single man, she is trying to get him. If she talks to a married man, she’s a home-breaker. If she talks to an engaged man, she’s putting herself in a tight position of being called a bad girl. And if she talks to a younger man, she’s desperate!
-         In case a spinster does anything good, the reward is praying for her to get married, you can find people praying for her “Amender” as if she was in need for such a thing!
-         A spinster who is well-dressed, is a hormonal hysterical single woman who is desperate for a man. And a spinster who is casually-dressed is a stupid woman who doesn’t understand that she should work on making someone may be notice her!
The Spinster and Weddings:
-         At weddings, a spinster is always blamed. If she wears cheerful colorful clothes, then she is desperate. And if she is wearing something simple, then she is depressed because she has no one!
-         If a spinster dances at a wedding, then she is a slut with no lady manners. And if she just sits on her chair quietly then she’s jealous and can’t stand her anger!
-         If the spinster accepts a wedding invitation, it’s because she wants to go to look for a future husband. If she doesn’t accept, then it’s because she is insecure and sensitive about this subject!
Posted by Unknown at 1/23/2011 29 comments: 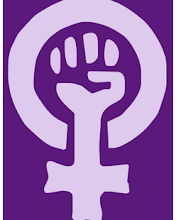 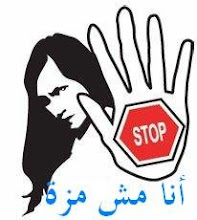